Iran Human Rights (Jan 9 2018): The death of Vahid Heidari, one of the arrested protesters, was confirmed while the official sources had originally announced him as a drug dealer who had committed suicide.

According to a close source, Vahid Heidari, a vendor from Tekyeh Valley in Shazand, Arak, was arrested by the police during the recent protests in Arak on December 31. Vahid’s family was informed about his suicide and they were asked to take his body on Saturday January 6.

However, the authorities did not deliver the body and made them bury him in a pre-specified grave in Arak.

“Those who saw the body noticed a fracture on the left side of his skull and a bump on his head that could be caused by a baton’s blow to his head. They determined the burial place and didn’t deliver any reports including forensics reports to the victim's family. There has been no explanation so far and the family does not know anything else,” said Mohammad Najafi, lawyer in Arak, to Iran Human Rights (IHR).

He added, “Many of the families of the detainees in Arak have also reported severe injuries of them but it’s not obvious which department is responsible for the beatings.”

“Vahid was a vendor at Arak’s bazar, he was neither a junkie nor a drug dealer. It wasn’t about drug dealing, the authorities are lying. Vahid was arrested because he was protesting over the high cost of living,” said Vahid Heidari’s uncle to Iran Human Rights (IHR).

On January 6, the Social Deputy Commander of Police Department of Markazi Province, Mahmood Khalaji, had announced that Vahid Heidari was a drug dealer who was arrested by the police and committed suicide in the detention center.

This is the second detainee from the recent protests whose death in detention center has been confirmed. The death of Sina Qanbari, 23, in the quarantine ward of Evin prison had earlier been published and confirmed by the authorities.

The violent actions, beatings, and tortures of the arrested protesters and the reports that have been published so far are very similar to the events that occured in Kahrizak in 2009 which is giving serious cause for concern to Human Rights institutions.

Yesterday Iran Human Rights (IHR) demanded a special fact-finding committee from the United Nations for investigation of the condition of the detainees and finding the truth about the death of dozens of protesters and those responsible for the killings.

In his interview with Mizan Online News Agency, the Public and Revolutionary Prosecutor of Arak, Qasemi, confirmed the death of a detainee from the recent protests and claimed that he committed suicide. 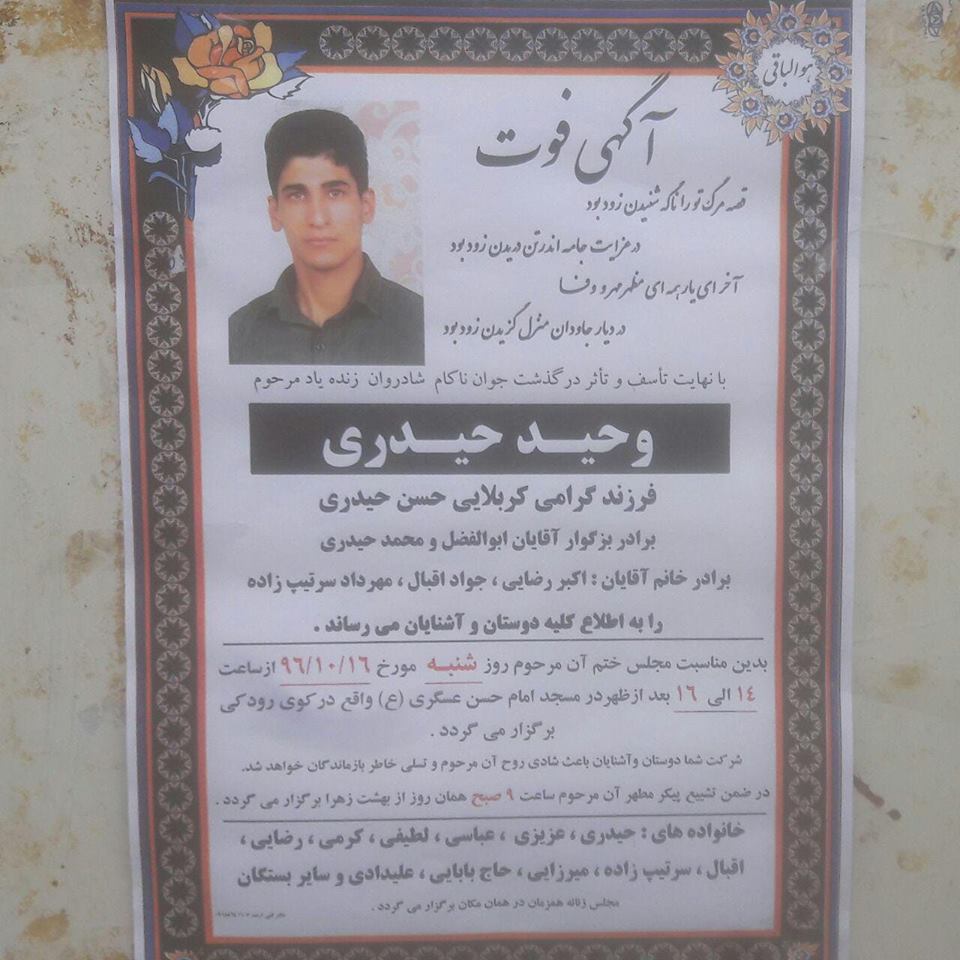 A picture of Sina Qanbari, who has been published on social networks: 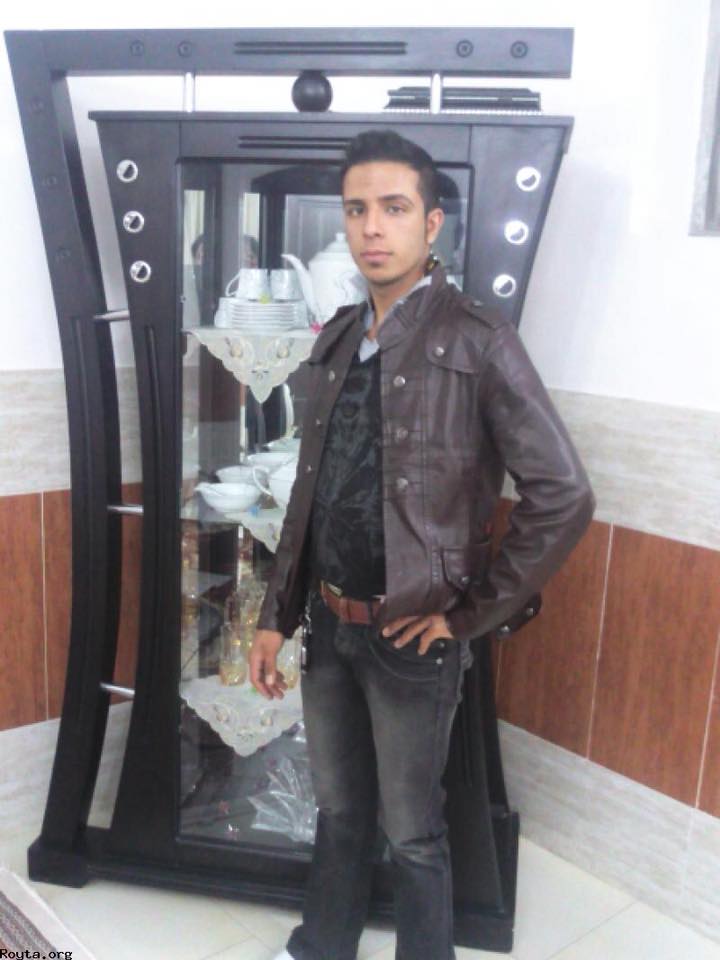