Heavy Charges Against a Civil Activist for Protesting Compulsory Hijab 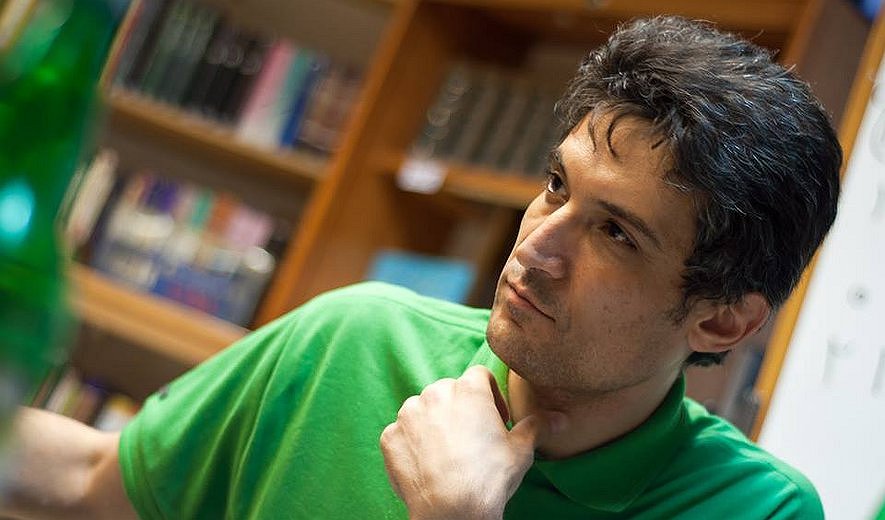 Iran Human Rights (Aug 20, 2018): Farhad Meysami, arrested on July 31, was transferred to the quarantine ward of Evin prison. He’s been on a hunger strike since August 1.

Farhad Meysami, a civil activist and publisher, was arrested at his office on July 31. He was transferred to ward 209 of Evin prison right away and, according to the latest news, he went on a hunger strike after his first interrogation.

Reza Khandan, a civil activist, told IHR, “He was apparently arrested because of a few books they believed were illegal. They also took a number of badges on which the phrase “I protest compulsory hijab” was engraved. Based on these items, he was accused of collusion against national security by encouraging women to remove their headscarves in public, propaganda against the state, and degrading Hijab as one of the sacred notions of Islam.”

He explained, “He may be transferred to the general ward from the quarantine ward, although he must be on the provisional arrest because he is not charged yet.”

It should be noted that Farhad Meysami did not have a lawyer during his detention. Even when Arash Keykhosravi, lawyer, and Farhad’s mother went to the judicial authorities, he wasn’t allowed to advocate for Farhad.

As for the badges bearing slogans against the compulsory Hijab, the houses of several civil activists and human rights activists were investigated a few days ago. Some of those activists include Nasrin Sotoudeh, who is currently held at Evin prison, Fatemeh Khandan, Mrs. Sotoudeh’s sister-in-law, and Mohammad Reza Farhadpour, a civil activist from Tehran.